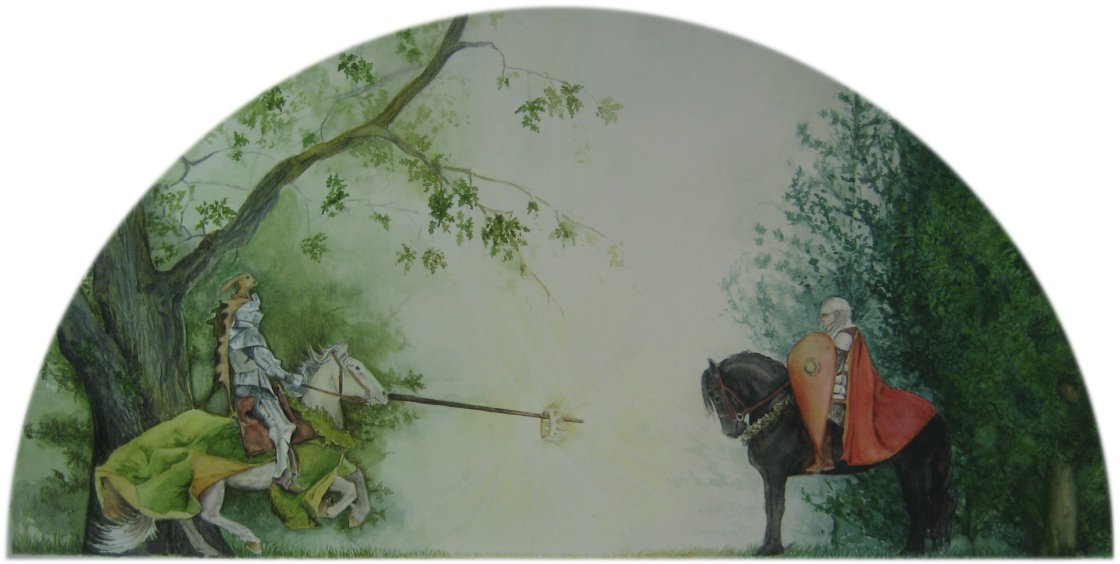 The Oak King and the Holly Warrior

In the very first edition of Ancient Lines, I spoke about the power of archetypes in the collective unconsciousness. This is especially true of the neopagan community. Perhaps this is owing to the lack of concrete knowledge concerning ancient paganism, as so much evidence has been lost through time. In previous editions, I have gendered the trees in order to aid with this. It is worth point out that the following interpretations are subjective, whereas, up until now, my findings have been almost exclusively based on scholarly research.

The most obvious archetype to explore, in regards to the Ogham runes, is the Triple Goddess espoused by Robert Graves. Generally, the practice amongst neopagans is to take the Maiden, the Mother, and the Crone, and apply these to three of the Ogham trees. For these, I suggest the birch, the alder, and the ash, respectively. However, many feminists have been keen to point out, and I would agree, that there is something distinctly lacking in defining each stage of a woman’s life by her fertility status: the virgin, the mother, the woman in menopause. A fourth stage has, therefore, been proposed: the Wild Woman, also known as the Enchantress…

Get access to the full article via my Patreon page from just $1/month.

The complete texts of the Ancient Lines series can also be purchased as one, independent, sixty page thesis document for €3.95.
Click here for further information.